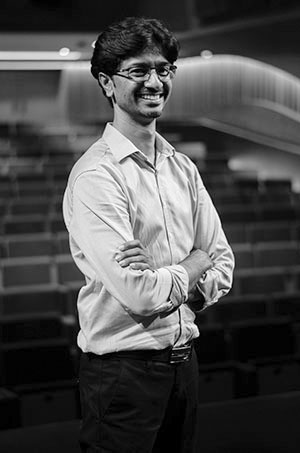 After his Master’s Degree in Theatre in England, Ashish has been heavily involved in theatre in India and Mauritius. In his stint as Senior Lecturer at the Mauritius Institute of Education, he has taught drama and English and been involved in curriculum writing of the Arts. His numerous travels for workshops or productions abroad allow him to have a wide perception of theatre, ranging from traditional to experimental forms. His knowledge offers him the opportunity to stage his own theatre productions. Ashish is now the theatre manager at Caudan Arts Centre and his main objective is to encourage the discovery of Arts in its diverse forms, underpinned by the importance of understanding Mauritian culture.