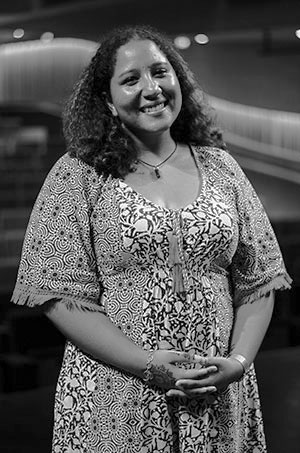 Estelle obtained her BA in Performing Arts and Film Studies in 2016 at Lyon II Lumière University. She then pursued her studies in Scotland where she received her PG Cert in Comics and Graphic Novels at the. University of Dundee in 2017, under the tutoring of Dr Chris Murray PhD. Having earned some teaching skills working with young children as an English Tutor, she returned to Mauritius after her studies and briefly worked in Journalism, and later in Communication and Public Relations. In May 2019, Estelle joined the Caudan Arts Centre team as Theatre Support Officer. Because of her extensive and diverse background, she is presently in charge of Customer Relations, Theatre Administration and Front of House.