Simon was born in Zimbabwe in 1966, where he lived and was educated. After graduating from art-school in Cape Town in 1987, he returned to Zimbabwe where he started painting professionally. 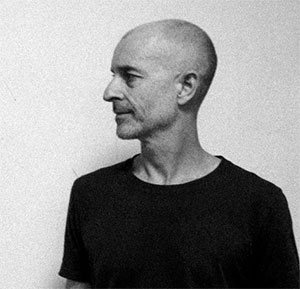 Back’s paintings depict abstracted forms overlaid with planes of colour. His work evokes a relationship between humans and their landscapes that is at once nourishing and precarious. There are repeated references to natural forms in his paintings but also to desolate, open spaces. Some works portray land and water seen from above others deserted or ploughed fields with old reservoirs.

An integral part of Back’s process is ‘the act of painting over’ – literally covering forms with planes of white or colour, which create a sense of absence in his work. Figures emerge from backgrounds or become obscured and ambiguous.

Back describes his interest in the removal of something dear or important to us. In the same way, images or areas that become strong and important and which tend to carry the painting, eventually become the obstacle for it to continue.

Simon Back’s work is in the permanent collection of the National Gallery of Zimbabwe, as well as  in private collections throughout the world. Back has exhibited in New York, Europe and Mauritius.
He now lives in Mauritius with his wife and children where he has taught art and worked in the field of Architecture. His studio is close to home.